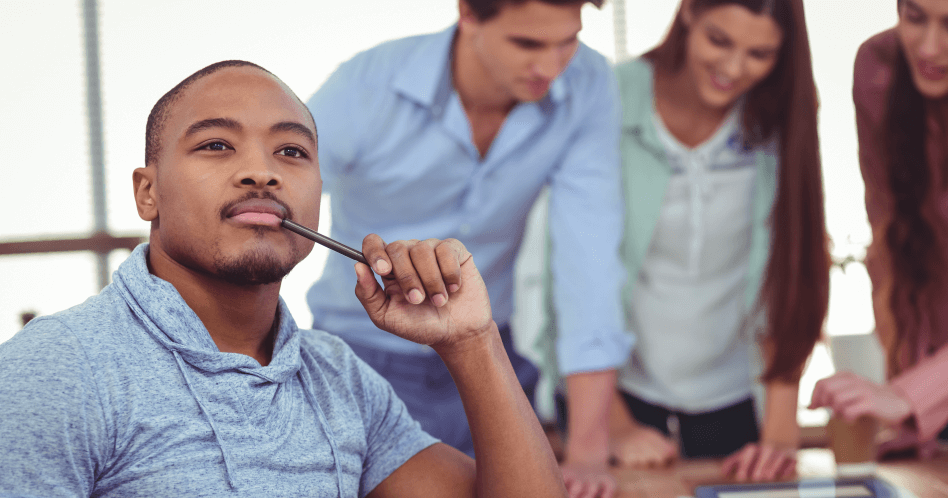 What is paradigm? Understand this mystery!

Find out what paradigm is and see how this myth interferes in your daily life.

Have you stopped to look at how the habits you have acquired throughout your life can be different from other people's habits? In Afghanistan, for example, the use of the burqa is mandatory for all women, while in other countries we do not have this habit .

These different ways of seeing the world, which cause strangeness and often even rejection, as in the Islamic state, are known as paradigms.

However, the meaning of this word is very broad. Its origin is an example of this, since the concept of paradigm has its initial reference in the theory of the linguistic sign created by Ferdinand de Saussure.

So, what is a paradigm in fact?

According to Ferdinand de Saussure, paradigm is the set of elements that have the same meaning within a text. It seems a bit complex and abstract talking like that, is not it? But through an example you will understand much better what is paradigm within the area of study of this Swiss philosopher.

Usain Bolt is the fastest runner in athletics history.

Usain Bolt is the lightest runner in athletics history.

Did you notice how the word fast and the word light have the same function within what was written? Just like in the sentences quoted above, you probably know several words that give the same meaning to what you want to talk about. So now you already know what a linguistic paradigm is :D

The paradigm term is also widely used in the scientific field, so that one of the most accepted and also controversial definitions of what is paradigm, was spread by the American physicist Thomas Kuhn (1922-1996) in his book Structure of Scientific Revolutions.

Were you curious to know why the concept dictated by this philosopher became controversial? Stay with me and I'm going to tell you!

According to Thomas Kuhn, paradigms are rules and regulations that set boundaries and signal how to solve problems within those boundaries.

He also said that paradigms act as filters of data that come to our minds. In this way, individuals who agree with our paradigms are easily accepted, while those who differ find great resistance from the rest of the population.

However, the citations of this physicist rase a lot of discussion, because his theory was accused of using science in an arbitrary way and causing a paradigm shift, since the concepts he cited were considered immeasurable. But Thomas Kuhn was able to excel and open the way to a new field of study of the social sciences.

Although this concept has been diffused by him, several renowned scientists have set a standard to be followed through his theories. Surely you've studied a good part of them in high school, like Newton's dynamics, Boyle's chemistry, and Aristotle's physics.

What are the types of paradigm?

As you may have noticed in the above quotes, the word paradigm is a model which can be used in many areas of knowledge. So, how about knowing what are the main types of paradigm?

Also known as Newtonian paradigm, this paradigm has a mechanistic and materialist view of knowledge, because according to this model, to know the whole is necessary to divide it into the various parts that integrate it and study each of these parts individually.

For you to really know a car, for example, you must have knowledge of all its parts, such as the engine and the electrical system, that is, it is much more complex than just entering and driving.

The concept of the holistic paradigm emerged after the Cartesian paradigm model, since it was necessary to look at the human being as a whole, that is, full of feelings and not just as someone capable of performing manual services on a factory floor .

This model or pattern of paradigm is widely used in Eastern medicine and has caused great scientific achievements in the area of health, since many diseases can only be treated when someone discovers their emotional and mental origin.

This paradigm has emerged to classify the functionality of each programming language and how each one is able to solve certain problems within the area of information technology.

The languages can be classified in several paradigms of programming, being the most used: functional, logical, declarative and imperative.

Find out what makes Excel so required in business processes.

10 tips to get the best of the university

Find out what are the best initiatives and attitudes that will suit you and your career so that you can enjoy your university to the fullest.

What is MS Project and what it is used for?

Understand what MS Project is, what its features are and how important it is.