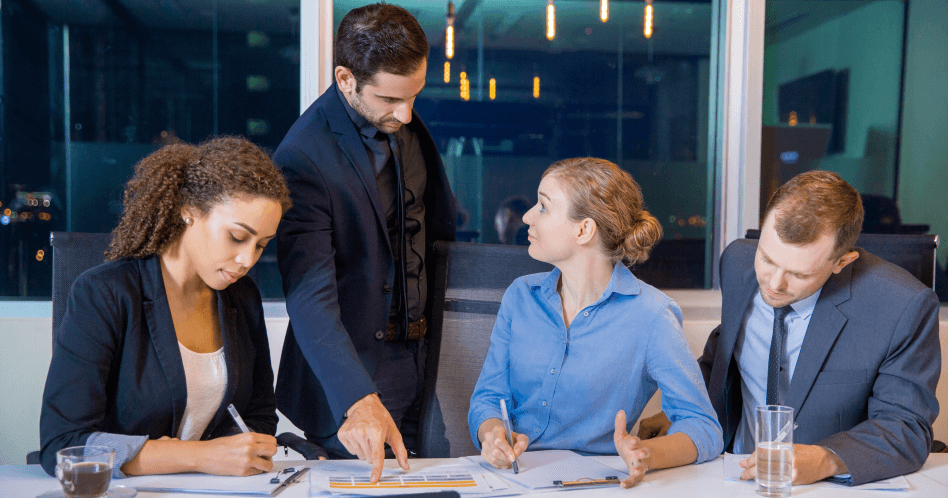 Did you know that quality tools came up well before the Six Sigma methodology? So, for you to understand well this subject, let's start by studying when these tools started to appear, why they came up and what their goals are.

How it all began?

The concept of the Six Sigma methodology is somewhat recent, emerging around the 1980s. But quality methodologies have been around for some time. They arose in 1798, when Eli Whitney introduced the concept of coherence and defect identification, analyzing the quality of the product.

From that point on, we began to understand and structure what we would observe and monitor the quality of the product being produced.

In the evolution of this thought, as early as 1924, Shewart introduced the concept of statistical quality control. That is, we now use statistical tools to monitor the variability and stability of processes.

The focus was beginning to turn to the process, for it is thus possible to predict whether we are producing within a specification, within a quality that has been defined. (One of the most commonly used tools for this is the control card.)

In the 1950s, after World War II, the Japanese had to restructure. At that moment, they realized that they needed to learn how it was possible to produce quality and low cost. After all, a war causes havoc, right?

So they called Deming, who went to Japan to teach some of the PDCA concept of continuous improvement and statistics. He showed how it was possible to use the PDCA along with some tools to work on the quality issue during production.

In 1954, Juran went to Japan to present some principles of quality management. At this point, a concept is built closer to what we have today, where quality is to deliver what the customer wants, within a specification, analyzing the costs, stability and standardization of the process.

Arriving in the 60's, Kaoru Ishikawa creates what he calls the quality control circle. But what is this? It is a group of tools that you can use in evaluating a process or a production.

They are tools that can adequately monitor the quality of a company, a mill, a factory. Thus, it is possible to monitor and control if any defects arise, some anomalies occur, making it possible to map and propose a corrective action.

How did the Six Sigma methodology started?

With this evolution of the concept of quality, finally comes the methodology Six Sigma at Motorola, in a scenario where it was already known the importance of analyzing the quality of the process and the product. Thus, it begins to use this philosophy to be able to improve its quality and also its competitiveness in the market.

Six Sigma methodology is a management strategy, where you define how your routine will be and how you will develop improvement work in your processes, in your company.

This philosophy proposes the work through the method DMAIC, which is very similar to the PDCA, and the use of statistical tools to monitor and control the quality of the process. This method is divided into 5 steps:

It is possible to realize that Six Sigma is born in this context of quality evolution, both in the United States and Japan, with the Japanese creating a new concept of quality, being a reference in the Toyota Production System, also known as Lean Manufacturing.

Six Sigma methodology and its evolution

Of course, the methodology has evolved greatly from its inception to the present day. This evolution is continuous, and Six Sigma has begun to be applied in many different companies and businesses.

Through this evolution, the number of tools used by the Six Sigma methodology has increased. A number of features have been tested, and today it is possible to understand which ones work best.

This natural evolution was also linked to a technological evolution, because today there are several softwares for analysis of statistical data. Calculations that previously needed multiple calculations, today are solved efficiently in Minitab software, for example. Way better, right?

Over time, the Six Sigma methodology has been gaining ground among US companies and industries until Jack Welch, CEO of GE (General Eletrics), bought the idea.

He implemented the Six Sigma methodology at GE and had a fantastic result in terms of gain. So Jack Welch made a huge 6 Sigma propaganda to the world, expanding the methodology far beyond the limitations of the US.

Today, Six Sigma has been widespread in all continents, in several companies, and Brazil could not be different. But, now you must be wondering: after all, what is Six Sigma methodology?

Six Sigma Methodology: What is it?

The Six Sigma methodology is a management system. It is quantitative, structured and disciplined. Quantitative, because it works with data-based statistics. Structured, because it uses the DMAIC method. Disciplined, because it requires a minimum amount of dedication due to a good result.

If you apply Six Sigma to initiatives that involve these goals, you'll always be able to work on projects that deliver greater profitability and better results for companies.

Perhaps you may be thinking that applying this philosophy is only for complex issues, and that is a misconception! There are Six Sigma projects to reduce the costs of travel accommodation, reduction of fixed costs such as electricity bill, water bill, among others.

Every company cares about the satisfaction of its customers. Thus, Six Sigma methodology has been widely used with the objective of reducing the Lead Time of processes, increasing the satisfaction and the loyalty of its clients.

One of the interesting factors of the Six Sigma methodology is that it can be applied in several areas. It encompasses both more industrial production processes, as well as administrative processes (Lean Office), logistic (Lean Logistics) and healthcare (Lean Healthcare).

Thus, I can have Six Sigma projects in various sectors of a company, such as financial, HR sector, marketing, and also in production lines, which is a more operational area.

A chemical industry could use this philosophy to increase the percentage efficiency of a bioreactor. A metallurgical company to reduce the percentage of scrap in steel production.

A retail company could apply the methodology to work on reducing the amount of issued invoices and a hospital could reduce the queuing time of their patients' screening.

As you can see, the Six Sigma methodology has many applications, being increasingly used, especially in the midst of the crisis, where it is necessary to reduce costs and optimize results.

As you have seen, this methodology is very quantitative. Therefore, it requires a great deal of concern about the database used during the process.

Whenever a project topic is defined, this topic must be linked to a metric, an indicator. This metric must always be measured with reliable data.

How will you control the quality of a process if the data you have is not reliable? How can you state that it is being done right or wrong if your control is based on non-real data?

Therefore, much attention is needed when obtaining a database. Many people sin when they will apply this methodology when trying to gain time in this step, which is so crucial in the course of the project.

On top of reliable information, you can see if your process has a lot of variability, a lot of dispersion, if it is possible to reach the goal drawn for the project, or if you need to make some adjustments before proceeding to the next step.

To better understand how the use of Six Sigma methodology works, imagine a process in which you have 99% yield. Suppose 99% of the time you do it right, and 1% you do it the wrong way. Is this a good level of income?

In this case, we need to evaluate the process we are dealing with. For some processes, 99% yield is a good number. For others, it may not be satisfactory. So you may be wondering: when will 99% efficiency not be good? Come on, see some examples.

The Itaipu plant produced 103.1 million MWh in the last year. Now imagine that 1% of that production was lost in the process. How much would we be talking about? That would represent 1.031 million MWh wasted, enough to supply more than 6 million homes!

Just like this case, we can think of a hospital that does 200 births a month. If this hospital is 99% efficient, we will have two unsuccessful deliveries per month. That is, a low number of errors per month, but still unacceptable.

Studying the cases above, we realize that in some cases 1% is a lot. Therefore, in the methodology Six Sigma exists a scale that determines the level of quality of the process, which is demonstrated next.

This scale indicates that at level 1 Sigma I have 691,463 defects per million, an extremely high number. After all, this means that only 30.85% of the time I do the right way.

Analyzing the other side, when I have a quality 6 Sigma level, it means that I have 3.4 defects in every million. This is a great level of excellence because it represents 99.9966% of the time I'm doing it right.

Generally, it is considered that up from the 4 Sigma level the process is with acceptable quality level. That is, when I have 99.38% of hits right up, I am at a satisfactory level in most cases.

The knowledge that makes the difference

Now you understand the history of Six Sigma methodology, and you can already understand which processes may have different levels of quality.

It is possible to notice that if a process is bad, we can use this philosophy to make a significant leap of quality, optimizing the results obtained.

Therefore, this brings a positive return to the company, after all, a quality process will surely generate a financial return, greater customer satisfaction and a lot of benefits.

Lean x Six Sigma: what is the difference?

Understand the main differences of these methodologies and why they complement each other.

PDCA vs SDCA: what's the difference?

Understand the difference between PDCA and SDCA and how they complement each other.