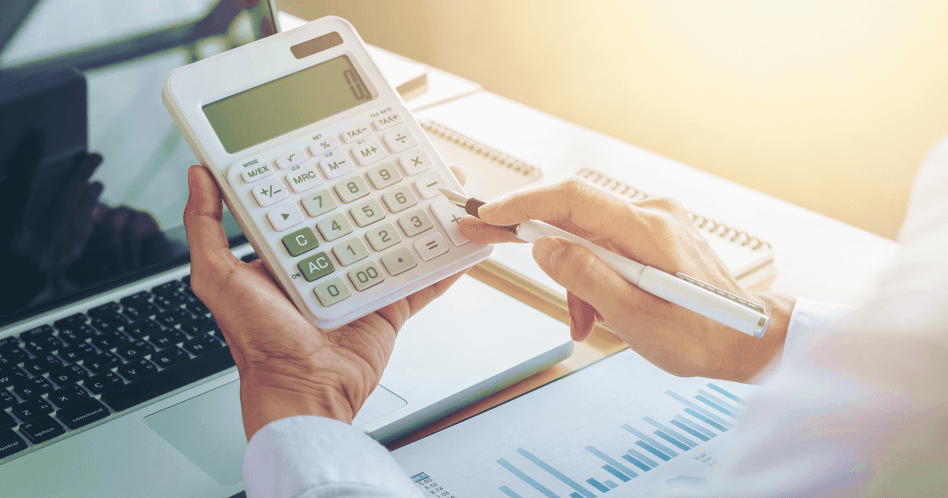 EBITDA: What is it and how to calculate it?

Learn what EBITDA is, how to calculate and how to interpret the obtained result.

How to measure whether a company is profitable? Often, if we look only at a company's bottom line, we may misinterpret the profitability of the company. Therefore, EBITDA will be very important in this analysis.

Before explaining exactly what it means, you should know that this financial indicator is very important to investors and is even widely used in the stock market.

After saying this, let's go directly to the point!

The acronym EBITDA stands for Earnings Before Interest, Taxes, Depreciation and Amortization.

EBITDA is an indicator of profitability that represents how much the company is generating cash. And why is it important to know this? Simple, because when someone invests money in an organization, they want to make sure that the company can pay their debts.

Why withdraw interest, taxes, depreciation and amortization of the account? Because they do not really reflect how much the company generates cash. Did not understand? So, let me explain in a simpler way.

We take interest out because it depends on how much is being invested and the structure of the investment. As for taxes, they depend on where the company is located. Depreciation and amortization, on the other hand, depends on the decisions made by the company in its investments and not on its actual operations.

By removing all this, we will only be left with those expenses involved in the operations of the organization. And that is how we identify whether the company is profitable or not. If we look only at net income, we may get a wrong view of this profitability.

In addition, it is also useful for measuring the performance of indebted companies, as the amounts paid with charge can greatly reduce or even result in loss.

It is also important to take into consideration that a negative EBITDA means that the company is not profitable, but this does not necessarily imply a loss, since it can receive investment capital.

We should be careful about a positive EBITDA value as well, as it can actually hide a loss caused for example by non-paying customers or unpaid expenses by the company.

Therefore, it is advisable to always use EBITDA together with other financial indicators.

How to calculate EBITDA?

To facilitate the understanding of the calculation of EBITDA, nothing better than an example, right? So let's create one.

Imagine that a subsidiary of Wayne Enterprises obtained the following data in the P&L:

To calculate EBITDA, we only take from Net Revenue and subtract expenses, except Depreciation and Amortization. Thus, we have:

We could calculate otherwise as well. For example, if we had been given Operational Profit, which is Net Revenue minus all expenses, we would just add Depreciation and Amortization again.

As we can see from the result obtained in the calculation of EBITDA, this subsidiary is being profitable.

Recall that as we have seen, we must be careful not to be hasty in the analysis, because it may be that the financial results obtained will cause the company to lose in the end.

What is the difference between EBITDA and EBIT?

These two indicators are often confused, but each one has its particularities and applications.

EBIT stands for Earnings Before Interest and Taxes, that is, for the calculation of this indicator, Depreciation and Amortization are taken into account.

Considering EBIT we find out what is the actual book earnings of a company, excluding financial results. EBITDA focuses on raising values ??that directly affect the company's cash flow.

Therefore, we can not say which is the best indicator, what we can say is which indicator is more appropriate for each situation and apply it to obtain the desired information.

As we have already said in this article, great care must be taken when conducting a financial analysis of a company based only on EBITDA, because companies can mask poor results through this indicator.

"It amazes me how widespread the use of EBITDA has become. People try to mask financial statements with this.

We will not buy (stock) in companies where someone is talking about EBITDA. If you look at all the companies and divide them into companies that use EBITDA as a metric and those that do not use it, I suspect you will find many more frauds in the first group.

Look at companies like Wal-Mart, GE and Microsoft - they will never use EBITDA in their annual report. "

Do you understand the danger of it? Let me explain. Although Depreciation and Amortization are not actually cash outflows, both have a large impact, in most cases, on the company's results.

As an example imagine a company that has no assets other than several factories in its asset, plant, and equipment asset account. Of course, over time, these factories would lose value as they age and are used.

Using EBITDA as a means of valuing this company would be totally incoherent since it would not take into account the loss of value that the factories are experiencing. Making use of EBITDA, in this case, would exaggerate the company's earnings and thereby exaggerate its value.

QC Story: what is it and how does it work?

Understand the relationship between QC Story and PDCA and also check out their 8 steps to success!

PMP® Certification: What is it and how does it work?

Understand how PMP® Certification works and why it has become one of the most recognized in the world.