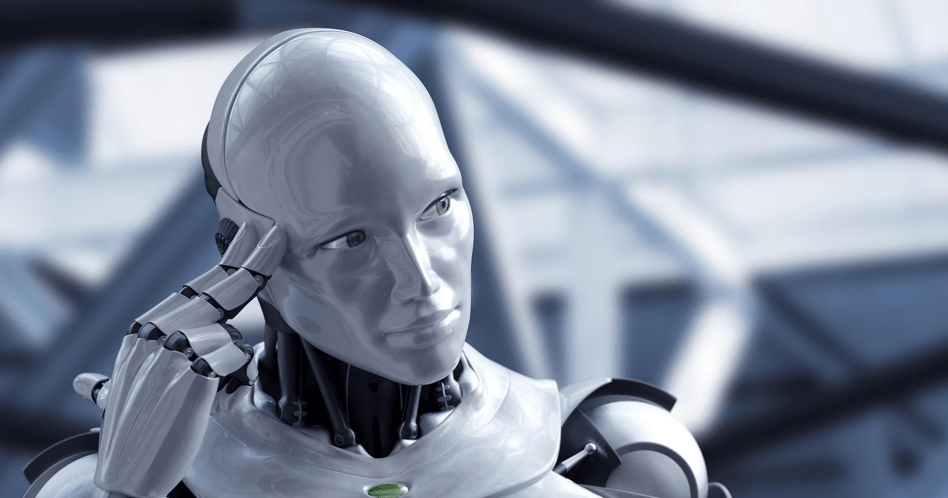 Learn the main concepts of artificial intelligence, what is its current state and perspectives for the future.

If you have a subject that arouses people's curiosity, it's artificial intelligence, isn't it? After all, the fascination promoted by science-fiction films in this regard is longstanding.

Focusing on reality, what most people do not know is that AI (artificial intelligence) is already part of our daily life, helping us in some tasks so subtly that we do not even notice its presence.

In this article, we will cover key points on this subject, such as your current action and perspective for the future. So if you want to know what day Skynet will take over, keep reading this article.

This is a common question among people, as there is a certain curiosity about how intelligent the artificial intelligence already exists. Well, the answer is that she's already pretty smart, but she's still relatively distant from the science fiction movie scenarios.

We already have machines capable of identifying the presence of cancer with about 90% accuracy, while medical specialists have a hit rate of approximately 73% in this task. Impressed? Calm down, we're just on the surface yet.

Let me bring it into your day to day reality. You probably know Google Assistant, Siri, Alexa or Cortana, don't you? All these virtual assistants work with an artificial intelligence that has the function of helping you to make your experience with your smartphone more pleasant and fast.

Generally, we only notice the presence of these assistants when we are talking directly to her, but she does much more than that. She works in the background constantly, analyzing data, to be able to present to you what you show more interest in seeing.

You sure have realized that after researching on a particular topic, some news or article related to that theme appeared as a suggestion for you on your cards, right? Then, based on your behavior, accepting or dismissing this suggestion, AI adds that data to your database and refines your suggestions.

Very interesting, right? But before we fully understand the concepts behind it all, let's learn a bit about the history of artificial intelligence.

The idea of a mechanical intelligence was already present among mathematicians and philosophers of antiquity, even appearing in myths and legends. With the advent of the machine and the evolution of electronics, this idea became more and more palpable.

During World War II, the mathematician Alan Turing and his team worked for the British intelligence with the function of deciphering the Nazi codes. After frustrated attempts, Turing decided to create an electromechanical machine capable of finding the configurations of the famous Enigma machine, until then considered indecipherable.

Turing succeeded in creating this machine, which showed that through "zeros" and "ones" could simulate any mathematical deduction. Therefore, Alan Turing is considered the father of computational science and artificial intelligence.

But until then the term "artificial intelligence" did not even exist, being coined by John McCarthy during the 1956 Dartmouth Conference. And this field of study still in the formative stage has spread through Allen Newell, Herbert Simon and JC Shaw, with the computer program Logic Theorist, called "the first artificial intelligence program".

This program, written in 1955 and 1956, stands out for being the first in fact with the proposal to imitate the human capacity to solve problems. Through this program, a huge paradigm was shaken, for for the first time anything other than the human mind demonstrated the ability to process information and discover solutions.

Just so you know, this computer program was able to prove 38 of 52 mathematical theorems, including presenting a more elegant solution than the human solution to one of the theorems. That in 1956!

It was also this program that gave rise to the concept of Strong AI, which we will see shortly.

It is necessary to keep in mind that artificial intelligence is a whole field of research that has, in turn, diverse areas and concepts. I have chosen some of the key concepts to present in this article. Let's go?

A strong AI would be a machine that achieves self-awareness, that is, it knows it exists and is aware. She is able to think in the same way as we humans and learn for herself.

This controversial concept divides opinions, even from the ethical point of view, because if it were not possible to distinguish between the consciousness of a machine and a person, how would that machine be treated? Would i thave legal rights, as every human being has?

Weak AI is closer to the reality we have, with several considerable advances in this area. That is, this type of machine acts as if it were intelligent and even learns by itself, always relying on existing data, but is not self-aware, i.e. does not know that it exists and does not think in fact, only does what it was programmed to do.

For now, and many argue that permanently, strong AI is science fiction. Let's focus more on weak AI and its application.

You've probably heard some of these terms, but you may not know the meaning of them. The concept of neural network gives rise to "thinking machines" by structuring artificial minds, that is, they analyze available data to achieve more and more precision.

That is, this machine adapts to its environment, learning with it, distributing different weights to each one of the innumerable variables found according to observations of processes already occurred. Hence comes machine learning , which is a common reality in your life.

A simple example is the "Recommended" section of Netflix, which is based on what you have already watched, rated or even added to your list. Thus, the more you enter data, the more accurate this recommendation will be. That is, if you have a lot of data, which is called Big Data, the chance of error is practically nil.

It is worth remembering that this is exactly what has happened in industry 4.0, where the Data Mining is used to control production processes reliably, and in conjunction with the "internet of things", allow for simultaneous production even in different locations around the globe.

As for deep learning , this is the latest in artificial intelligence, with machines being taught to analyze images, data, recognize objects and search for patterns according to the human mind, which allows the identification of cancers with the accuracy shown at the beginning of this article.

For example, this is already used to know if a young basketball player has the potential to become a professional player. This is done by analyzing all the data acquired from the players who have managed to become professionals. And these data range from height to hair and eye color.

The goal is to try to understand how the human mind works and how we classify things, thus making the machine think in the same way as a person.

Remember that, from the outset, the purpose of developing artificial intelligence has been to simulate human mind and behavior.

And what are the prospects for the future?

If you expect robots like "I, Robot" or "Terminator", then this may still be far from happening, if that is possible, as you might see in the topic about strong AI. In a way, we do not want what happens in these movies, right?

The truth is, at least for now, machines will continue to evolve more and more, helping day-to-day tasks and allowing the development of industry, causing the fourth industrial revolution to finish with what the first began: factories.

Modular units are the future of the industry, scattered around the world, connected and optimized to minimize the impact of the production process.

One point to consider is the concern with the replacement of people by machines in a generalized way, with many workers losing their source of livelihood. While it is known that new areas will emerge, there is uncertainty as to whether they will be sufficient to replace the old areas.

Ready for that future?

As it is an area in constant development, there are still no established limits to where artificial intelligence can reach, so the theme is complex and divides opinions. Some people simply fear it and think we should not invest in it, while others are enthusiastic about it.

But it is almost certain that we will not stop advancing in this field of study and with the accelerated development of technology, maybe in a few years you'll have a pet robot or, in the worst of scenarios, you become the human pet for some robot.

And you, what do you think about it? Do you think we should invest more cautiously or simply repudiate the idea? Tell us!

What is Kaizen and how to apply it?

Understand the 3 steps to apply Kaizen in your company to obtain fast and expressive returns.

The Importance of Leadership in Project Management

Understand why leadership in project management is so important and influential.

Business Intelligence: what is and how does this data analysis work
25/01/2019 - Aléxia Fontes